Since 1999, Defensive Edge Martial Arts in Wakefield, MA has grown to be one of the largest and most successful Martial Arts facilities in Massachusetts. 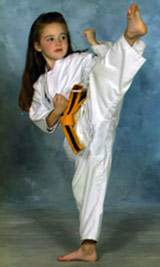 Defensive Edge is a modern, multifaceted martial arts training center that is home to World Class Instructors that are true Masters of their craft.  We are a family friendly school that teaches modern, cutting edge techniques but also values the character development of our students both young and old.  Self-discipline, respect, patience, integrity and courtesy are encouraged while training modern techniques that strengthen both mind and body. FightFIT These High Intensity Strength and Conditioning classes will ignite your metabolism!  Develop the strength and stamina of a Professional MMA Fighter without the bumps and bruises.  We’ll put you on the fast path to becoming a complete warrior to conquer all of life’s challenges. Don’t put it off another day!  Call Us Today 781-245-0250

Choose the Best Martial Arts Classes for you or your child

Wakefield, Massachusetts is a city located in the Greater Boston metropolitan area in Middlesex County, Massachusetts. Its population as per the 2016 United States Census is 26,367.

The land now know as Wakefield was first settled in 1638 by a small band of settlers from Lynn. The following year, they successfully petitioned the legislature for “an inland plantation,” named Linn Village. In 1644, when seven families had settled and seven houses had been built, the Court ordered that the town might be incorporated.  At that time, the village, located near the shores of the “Great Pond” (Lake Quannapowitt) took the name of Redding.

By 1667, the community, including what is now known as Reading and North Reading, boasted 59 houses. A garrison house was built against Indian attacks in 1671. In 1686, the settlers bought their land from the Saugus Indians.